Machines of Love and Grace

Machines of Love and Grace is a comic book scripted by my daughter, Izzy Barlow, that she’s been kind enough to let me have a go at illustrating. 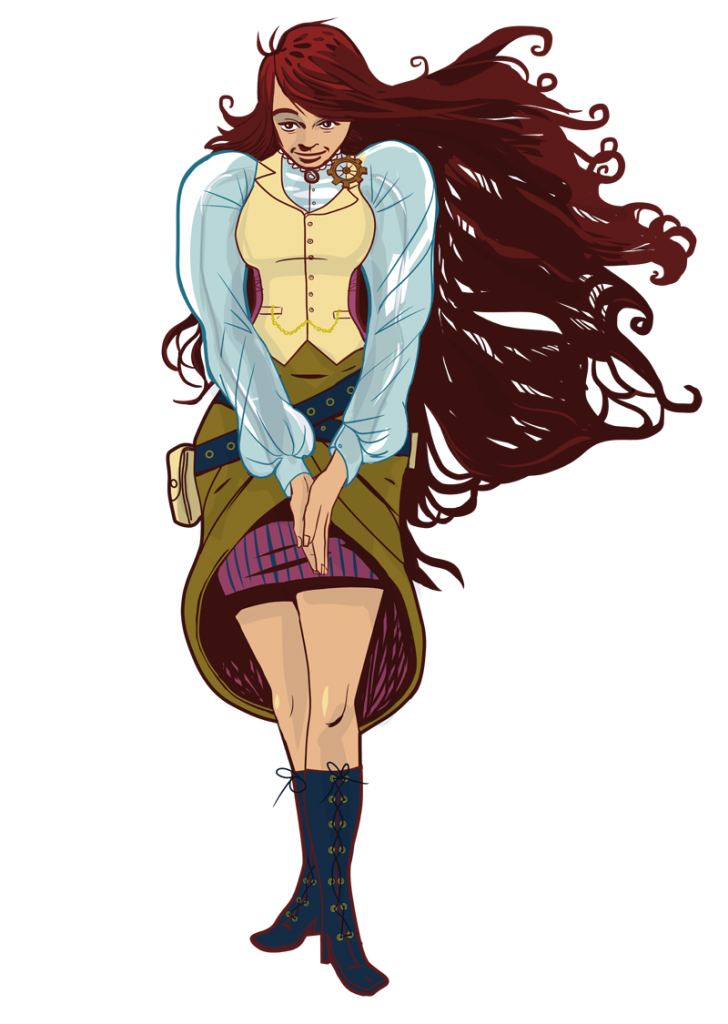 Izzy Barlow is an aspiring writer, and I’m a wannabe comic book illustrator who hasn’t illustrated much in the way of comics since I had Phoenix Square published by Slave Labor Graphics. Izzy and I had a great time at the Comics Art Festival in Kendal last year and I’ve been inspired to try my hand again at my favourite art form. We decided to produce five black and white pages and a cover to see how we got along – and it has certainly been a challenge. I’ve used the experience as a chance to learn more about using Manga Studio, which I’m favouring more and more as the best software for producing line art illustration.

About Machines of Love and Grace

The story concerns a group of youngsters surviving in a post war, steampunk world, full of odd Victoriana-inspired technology. Our protagonists live onboard an airship and amongst them is a girl possessing a form of magic; a secret talent they must keep forever hidden from the authorities for fear of of their lives.

I think that this is a good start; although there are lots of things I’d redraw given the chance. Who knows what will happen next? Certainly Izzy has been tight lipped, though she has already rejected my request for robots and dinosaurs to invade on page 6.