Increasingly, as a web-designer/coder, I’ve been feeling the need for some sort of boilerplate, grid system or starting point. There are plenty of them about and I’ve been dithering for a while, but now, perhaps, I’ve found just the thing with Twitter’s Bootstrap.

I have used the 1k grid, which is excellent. As the name suggests, the code weighs in around 1kb so it’s a very light addition to your page. 1k grid‘s homepage invites you to set up your own columns and margins and it is really easy and flexible to implement.

But just having a css scaffold isn’t enough. Wouldn’t it be great if every web page I designed had the capability for all the stuff that clients imagine are now standard, as standard? To this end I’ve been testing Twitter’s Bootstrap. At it’s base boostrap provides a css grid and typographic reset that lets you quickly build a page that looks great with very little effort. This, you might think, is how a webpage with no style should look. It’s a great start to a project.

The addition of fluid and responsive CSS promises sites that will adapt to all manner of screen sizes and devices. That’s pretty cool – code once for most devices. I like that a lot.

Bootstrap has a host of javascript plugins, based on jQuery (which I’m using anyway), that provides most of the things that a client might expect are now de-facto web components. Now, I’ve done carousels and tooltips and modals… and each one has come from a different source and been coded in its own way. Some are mixtures of different sources and bits I’ve added and it all feels a bit messy. I like the idea that I can plug in bootstrap and have a whole bunch of stuff just work with a similar and documented mark-up. I’m a designer who codes, goddammit, not the other way round..

Bootstrap is a live project and in the couple of weeks I’ve been using it, it has changed… I was searching for a way to get the carousel to automatically loop, only to find that enough people had requested that and >ping< it had been implemented. Excellent.

I was showing a colleague how great the responsive grid was and stuck some images in to show them scaling. Surprisingly that feature had been removed. It’s easy enough to add in my own CSS and I believe it’s going to resurface in a future release. But I looked a bit of a chump at the time.

Bootstrap and ready to go!

Well, I like it and I think I’ll have a bash at making a site with bootstrap, maybe re-doing the gingerjam template with it, and seeing how that goes.

Bootstrap and WordPress
Alyson’s a cheeky sew and sew 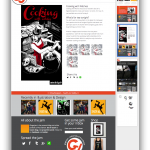 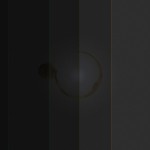